“At some point, ‘impossible’ was used to describe every great thing that’s ever been done.” - John Picard 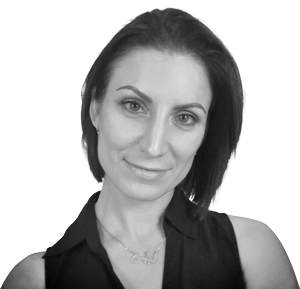 I recently had the pleasure of speaking with John Picard to get his thoughts on the work that Endeavour is doing and what he sees in the future of sustainable infrastructure. John is one of the leading thinkers in the sustainability arena. He began his career as a designer and builder and has become one of the most sought-after sustainability advisors to leading executives. Fun Fact: John built the first LEED certified project in California and helped Ray Anderson turn Interface into one of the first major US companies to embrace sustainable design principles.

How did you get involved with Endeavour?‍

‍JP: “I met [Endeavour founder] Jake Carnemark 15 years ago when I was helping a big tech company rethink the design of their data centers. We worked together on that project and the conversation quickly became not just about what’s inside the walls, but also all the infrastructure systems that feed into the data center. In many ways, Endeavour is a new chapter in that long-running conversation about what’s possible when you look at infrastructure with fresh eyes.”

What does this company mean to you?

JP: “I think of Endeavour as a superhero company. The reason why people love superheroes is because they can do the things that we thought were impossible. At some point, ‘impossible’ was used to describe every great thing that’s ever been done. Endeavour is an aggressive, bold, broad-thinking, audacious, goal-setting, and risk-taking company that is trying to do serious good every day. They try to find a way, even when there’s 10 billion people on the planet and the challenge of re-balancing our global systems is incredibly daunting. They’re a bunch of super creatives and people who care, and yes, they are doing the impossible.”

Why do you think this is happening now?

JP: “The importance of Endeavour is its timing of arrival. One lesson that the pandemic taught us is that collective action really is possible, and that change can happen very quickly. None of us chose that path, but we adapted, we collaborated remotely, reinvented work, learned new habits. That same energy and collaborative approach can be applied to attacking waste, inefficiencies, and inequity in society. This is our time to say that, own it, and build it.

Endeavour is weaving together artificial intelligence, stored energy, nanomaterials, brilliant inversion systems, like GridBlock. Jake [Carnemark] gathered a small group — mostly engineers and scientists — to pursue the kind of positive change that’s needed around the world. This group had spent decades creating unique technologies, outside of the public spotlight and mostly independent of corporate structure. Endeavour brought them together with the mission to create solutions that support sustainable infrastructure and economic growth, even in the least developed countries.”

You’ve talked about helping to “unlock wind and solar.” Explain what you mean by that.

JP: “Electric vehicles are all over the news. And big solar and wind projects are growing like crazy. These are two revolutions — EVs and renewables — happening in parallel. What people don’t realize is that those technologies currently are pushing in different directions. When you plug in a bunch of EVs it creates big spikes in demand on the power grid. And the way utilities deal with big spikes is they fire up fossil fuel peaker plants, which are some of the dirtiest sources of power. Solar and wind are great, and now they’re cheaper than fossil fuels, but they’re intermittent depending on the availability of sun and wind at a particular moment. So, when a big EV power spike comes along, utilities still need fossil fuels.

The exciting thing about Endeavour’s approach to EV charging with GridBlock is that it aligns the EV revolution with the renewable energy revolution — it gets them pushing in the same direction. It creates these distributed hubs with solar and batteries to flatten those spikes, and it creates this symbiotic relationship where renewables make EVs cheaper to operate and EVs help renewables reach more parts of the energy market. That’s a big deal. I think GridBlock alone is a breakthrough on the same scale as the electric vehicle.”

Why is sustainable infrastructure so important?

JP: “Well, the simplest answer is ‘if we don’t make it sustainable, we’re completely off balance.’ Infrastructure is one of the things that we can start to fix. Endeavour has the platform and the advantage to help other companies that are doing business within the energy space to unlock a much higher portfolio value. That’s going to influence other companies to adopt sustainable infrastructure into their business.”

You’ve worked with hundreds of technology companies. What do you think separates this one?

JP: “Most technology companies are like single-cell organisms. They are based on one or two innovations, and if they are successful, they scale up by doing that one thing well. When I first saw the plan for Endeavour, I thought, ‘This is like the evolution of more sophisticated forms of life.’ It integrates multiple technologies, and it really is designed to work as a system. Endeavour also started in a perfect niche. It co-evolved with the IT industry. All the cloud companies are aggressively working to eliminate their carbon and water footprints, and they’re all investing heavily in new infrastructure. Endeavour has been able to partner with these companies to dramatically cut the climate and water impact of their IT and to scale sustainable technologies much faster than they ever could in isolation.”

John Picard is an architect, builder, and entrepreneur. He made it his life’s work to educate others on the importance of climate change and being sustainable with the resources already available. He’s currently the founder and CEO of John Picard & Associates where he consults with organizations investing in environmental efforts on a global scale.

John works closely with Endeavour and its CEO, Jakob Carnemark, to continue the development of sustainable technology to create a safer future for generations to come.